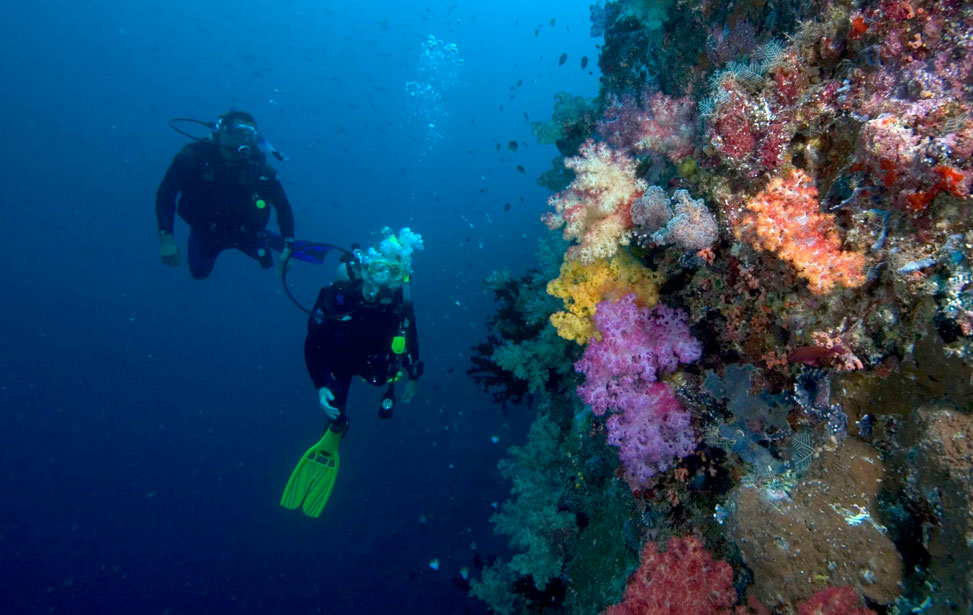 The ocean is home to many creatures—some that we know about and others that we don’t. Everything from a blue whale that can grow up to 90 plus feet long to a the smallest shark, measuring at less than eight inches, all live in the ocean, sharing this water as their home. While we can see fish, turtle, dolphins, jellyfish, and other common close to the surface, there is an entires world under the sea that we do not know much about!

While we are slowly learning more and more about the ocean and the creatures that call it home, there is a lot more to learn and explore. One way you could get in on the action, is to get your scuba certification. When you get your scuba certification with Atlantic Edge Scuba, you open a door to another world and endless adventures! Our current dive trips include an oyster dive, a bull shark dive in Mexico, a dive in Grenada, and a dive in Little Cayman.

You can dive all around the world, learn about different areas and creatures, and experience a different world. But today we will teach you about a creature without you having to get your scuba certificate, but you will most likely want to after these fun facts!

In this blog, we will be taking a deeper look at the octopus! These creatures are more than just eight-legged cephalopods, they are unique, interesting, and fun to learn about!

First of all, let’s start with how to correctly say octopus as a plural. The plural for octopus is octopuses, not octopi. The word octopus derives from the Greek word oktōpous. And since is it Greek, the Greek plural form is the correct form, adding -es to the end. In Latin, plurals use -i, which is where the confusion started.

In fact, they have three hearts! One heart is larger than the other two. The smaller hearts are close to the gills and add oxygen to the blood before it travels to the large heart. Once the large heart receives this oxygen rich blood, it transfers it to the rest of the body. 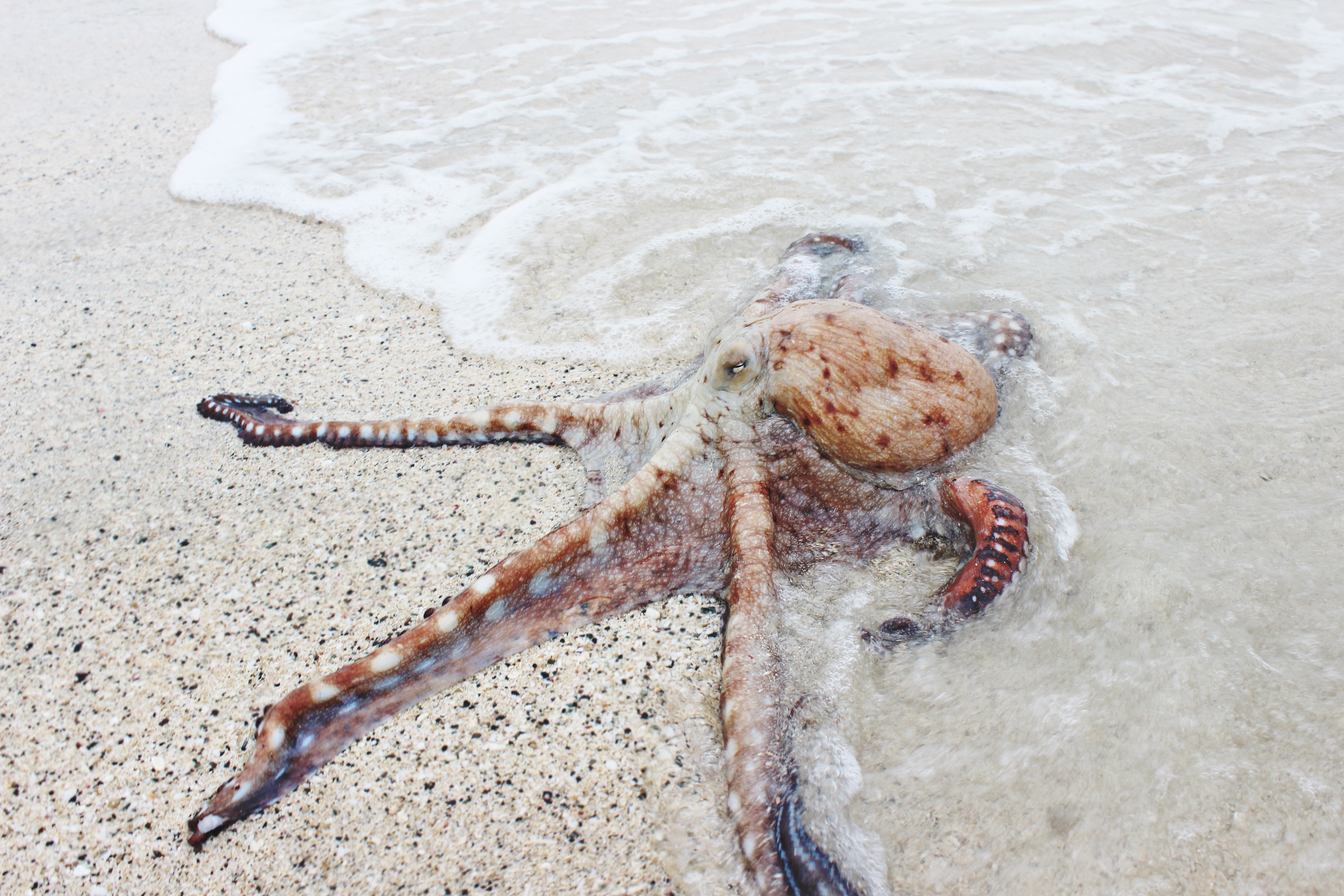 Octopuses also have blue blood. An octopus’s blood is not iron-based, like ours is, but it is copper-bases. This makes the blood blue and allows for oxygen to be more efficiently transferred in low-oxygen environments.

An octopus’s body is completely soft except for its beak. This is used to crush and eat its prey, which includes crabs, mollusks, and crayfish. This beak looks similar to a parrots beak and is the only hard part of an octopus.

Since octopuses have no skeleton, and are completely soft, they are also extremely flexible. They can squeeze into the smallest of spaces, generally in attempt to escape a predator. Some octopus have been even escaped into glass bottles, which is a very small space. If you don’t believe us, just check out this video of a large octopus escaping a boat!

Their eight tentacles are also covered in very strong suction cups. They can have as many as 240 sucker on each arm, in two rows. These are made of muscles, which makes them much more than just suction cups. These powerful suctions can even lift items. The largest octopus, the giant Pacific octopus, can lift about 5 pounds with one sucker! This giant octopus can also reach up to 30 feet across and weigh about 600 pounds, so 35 pounds seems like nothing!

Speaking of an octopus’s arm, in an environment that isn’t stimulating, an octopus may get bored and stressed-out and eat its own arm off, a behavior known as autophagy. While this seems weird and disturbing, there is no need to worry. An octopus can grow a new arm. This is often used when trying to distract a predator. An octopus also has the ability to detach one of their arms, a great way to escape a creature trying to eat you. They can later regrow this arm and act as though nothing had happened.

All octopus are believed to have some venom. While it may not be enough to harm a person, you will want to avoid some octopus. The small blue-ringed octopus’s venom can paralyze an adult human in just minutes. It is best not to test what other octopus venom can do.

The color and size of an octopus will be determine by the part of the ocean they are in and the environment. Warm or tropical water octopuses with be smaller and an octopus in colder water with be much larger. And there are many different sizes of octopus, from the giant Pacific octopus to an octopus that is smaller than an inch, you never know what you will find.

Another way octopus escape their predators or catch prey is by change the way they look. They can change their color, texture, and form to imitate different creatures. But not only creatures, they can take on the look of rocks and other ocean environment. They truly are the masters of disguise and can take on the look of a sting-ray, jellyfish, a crab, and so much more. So if you think you have never seen an octopus before, you may be wrong, but you will never know!

Octopus can change their color in three-tenths of a second, allowing them to disappear quicker than you can do a double-take. They are the ultimate survivors, that is until they reproduce.

All For The Kids

Apparently the only purpose in an octopus’s life is to reproduce. While they take many different precautions and develop an amazing skill of camouflaging to stay alive, they die rather quickly after fulfilling their purpose in life.

After mating, a male octopus will die just a few months later. Octopus use external fertilization, and often the male octopus will literally hand the female his sperm and she always accepts with one of her right arms, which is unknown why. The male will die shortly after.

As for females, being a mother was never in their future. She can lay up to 400,000 eggs, and she protects them until they hatch. Since they are so concerned about guarding her eggs, a female octopus will stop eating. The eggs take three months to hatch, meaning that she starves herself, waiting for her baby octopuses to hatch, but once they do, her time is up. Her body will turn on her in a sort of cellular suicide and she will die, leaving the babies to fend for themselves. 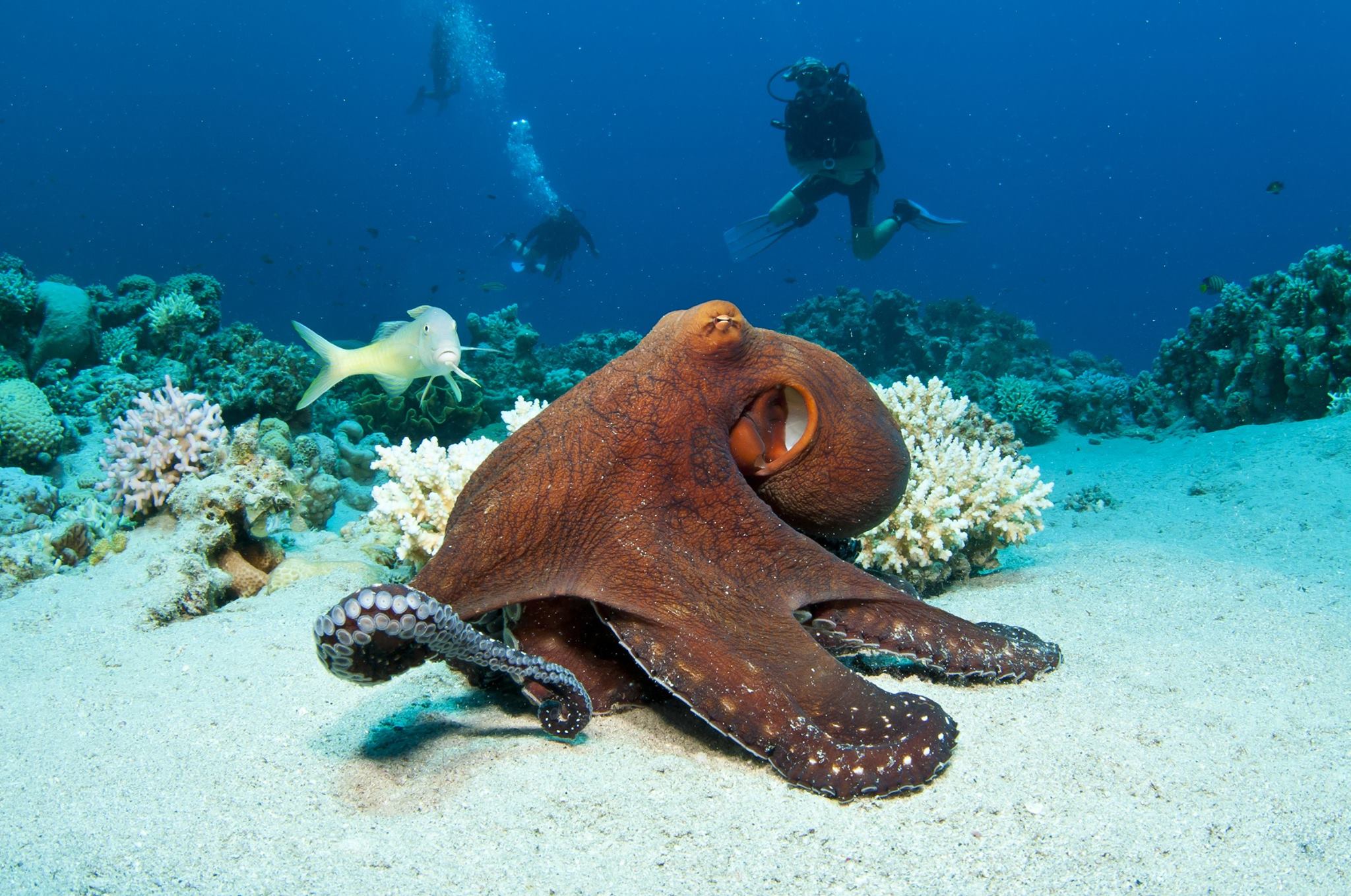 While it is obvious that they would in fact have a brain, octopus are extremely smart, and not at normal sea creature tasks. These are just some of the random but fun facts about octopus that make us love them even more!

Octopuses are also very smart in terms of opening things. There are many videos of an octopus closed in a jar, and they figure out how to open the jar by unscrewing the lid. There is no keeping their creatures captures! They have also been able to open child-proof medicine bottles, which some of us can’t even open.

Some biology labs and scientists have also witnessed octopuses playing. LiveScience even mentions that a scientist quoted in the book “Octopus!” says that they witness an octopus pushing a plastic bottle repeatedly in front of a stream of water, sort of like bouncing a ball, but underwater.

We could go on and on about these crazy, smart, and protective creatures. And perhaps we will follow up with a part two with more information and fun facts about octopuses! If these fact have you dreaming of the sea, it is time to get scuba certified. You could witness octopuses, sharks, and so many more sea creatures during your adventures!

At Atlantic Edge Scuba you could get certified and enjoy many create scuba experiences. Check out our Learn to Scuba course and our Scuba Try It to see if you would be interested in this amazing hobby! Contact us today to learn more!